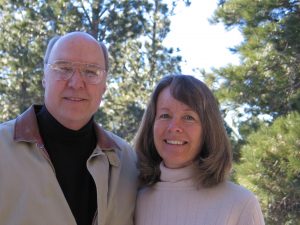 High Altitude Rhubarb–Organic Farm & Nursery was created by Dennis & Donna Duncan with help from many friends and relatives.  The farm produces organically-certified rhubarb of over 20 varieties, rhubarb plants and horseradish plants.  The harvest festival is a pick-your-own event attended by hundreds of people.  The farm is open to the public during harvest weekend and by appointment.  The Duncans offer free tours to schools and homeschoolers as well as other interested organizations.

They experimented with various varieties and growing techniques for more than 5 years and first opened the farm as pick-your-own in 2008.  Experimentation is ongoing and as of 2018 the farm grew over 20 different varieties of rhubarb and two varieties of horseradish, including heirloom/heritage varieties of both.    Their heirloom Victoria plants are phenomenal in both quality and yield…90 lbs./plant.   Customers wanted then for their own gardens!   So the farm soon sold potted plants and bare root-stock.   Although they initially sold plants resulting from root-division of mature plants the demand quickly forced them to abandon that practice in favor of seed propagation.  In 2017 they harvested the F2 generation of Victoria seeds on their way to F3.   Also, their proprietary variety of rhubarb, Colorado Red, is soon to be sold under another name by Burgess, Gurney and other seed catalogues.  Beginning in 2019 Colorado Red rhubarb plants can also be purchased directly from the farm, as soon as the patent process concludes. 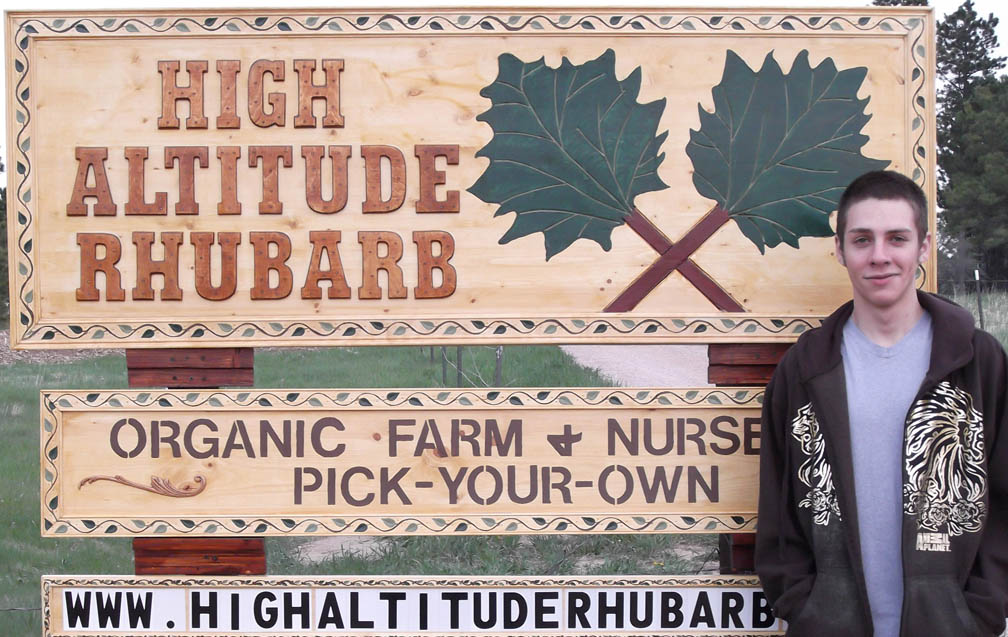 Dennis and Donna both believe in sharing their experiences.  They fear for the future of the human food supply.   As a result, they harbor no trade secrets and  include as much information about their growing techniques as feasible.  This includes information on their growing techniques and varieties of rhubarb.   Likewise, they enjoy hearing from other rhubarb producers and would-be producers, gardeners and farmers alike.   You’ll find them willing to share whatever they know and eager to learn of your experiences.  Dennis’ previous career was in computer science, software engineering and mathematics.   Donna came to farming from a background in biology, technical writing and teaching.  Farming was a new adventure for both.

Hours We open only during the public harvest and by appointment and pre-arranged times to pick up plants.
The harvest is normally one weekend in early June.  Free admission.  Plant sales are conducted via email.
Contact us via email to join the email announcement lists to be up-do-date on each year's harvest plans or plant sales.