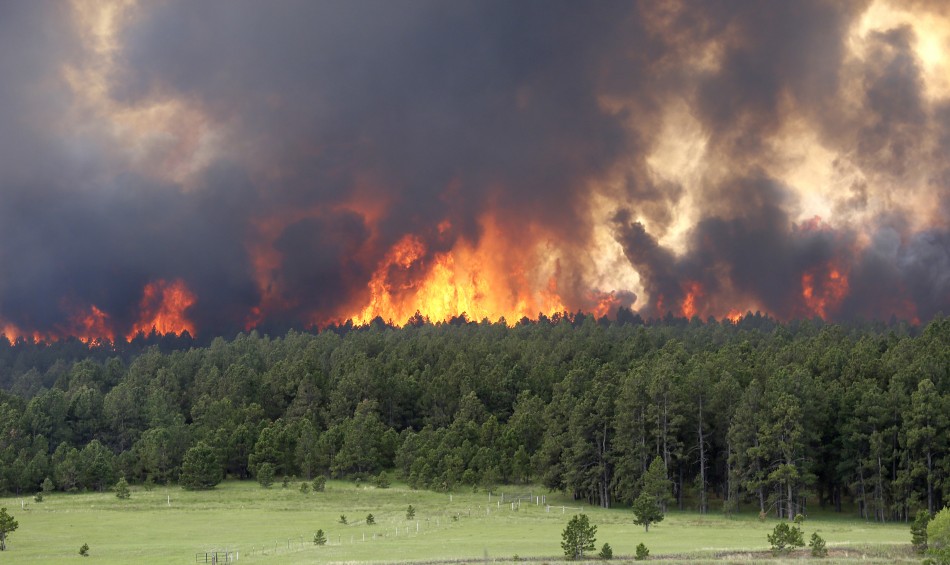 The day after the 2013 harvest The Black Forest Fire decimated our community.   40mph winds, it was immediately out of control.  The costliest fire in Colorado history.  We lived in a hotel room for a month.   Fortunately, the house survived with minor damage.   We lost most of our forest, the barn, and part of the rhubarb field.   However, we kept most of the farm and all of the trees in the farm field.   The harvest tent was still set up when we evacuated.  Embers ruined the roof…holes everywhere!   The farm was just lucky.  Embers ignited the mulch in only a corner of the field.

Most of our neighbors lost everything, house cars and contents.   Many found themselves to be underinsured.  It was a painful experience.  Nevertheless, most dealt with it with considerable style and aplomb…”Well, then that happened….”    Now they are all benefitting from the silver lining…new homes, new stuff, new cars…  Indeed, we got a new barn and deck and the house enjoyed a thorough cleaning.   Here are some pictures of the fire, courtesy of the internet, and a few pics of the aftermath on our property. 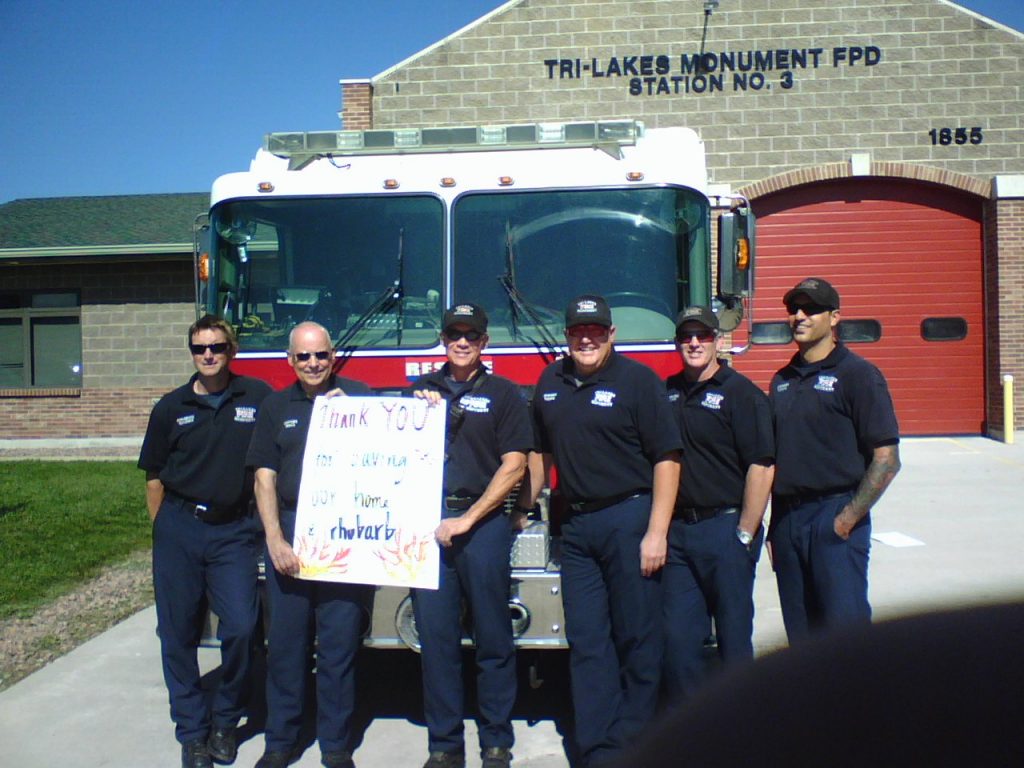 Tri-Lakes Fire Battalion saved our house and farm. Grappled the burning deck, pulled it off the house, covered the roof in water, and put out the burning mulch in the farm field. 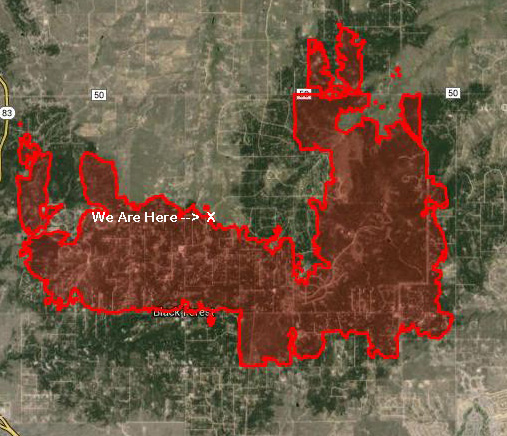 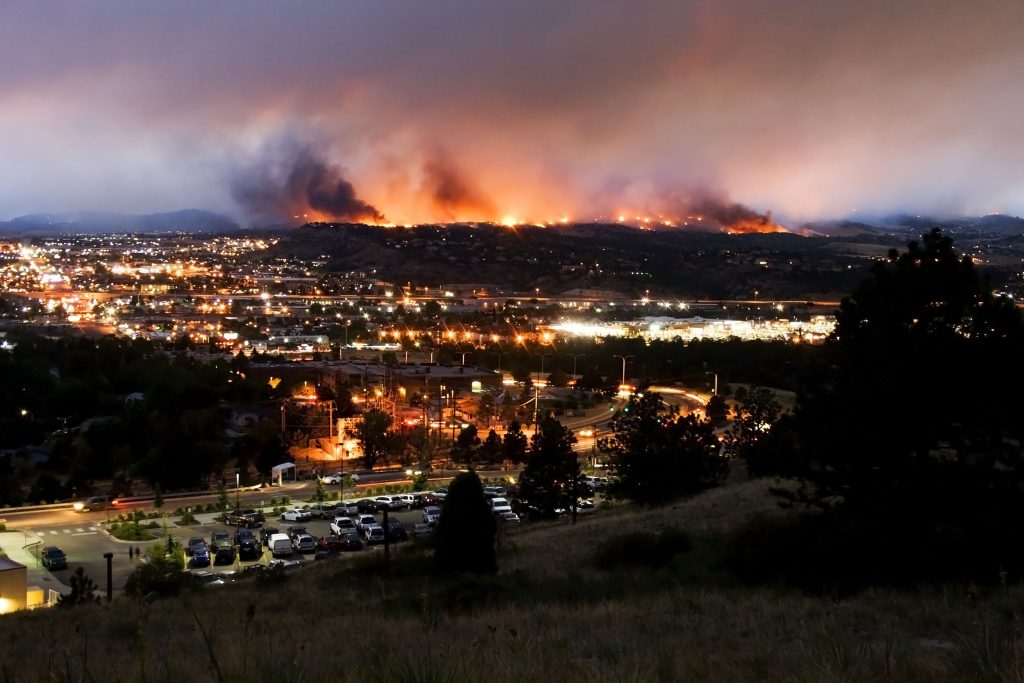 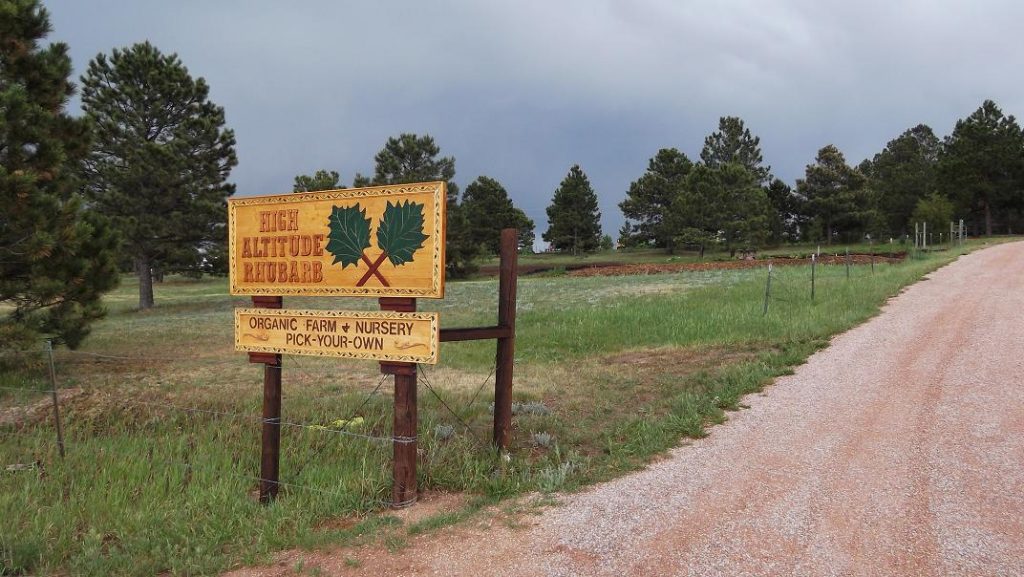 Farm sign and field survived mostly in tact. You can see a little black to the left of the top of the driveway. That mulch burned, killing the plants it was initially installed to protect. It reignited several times, put out by passing firemen each time. Phew! 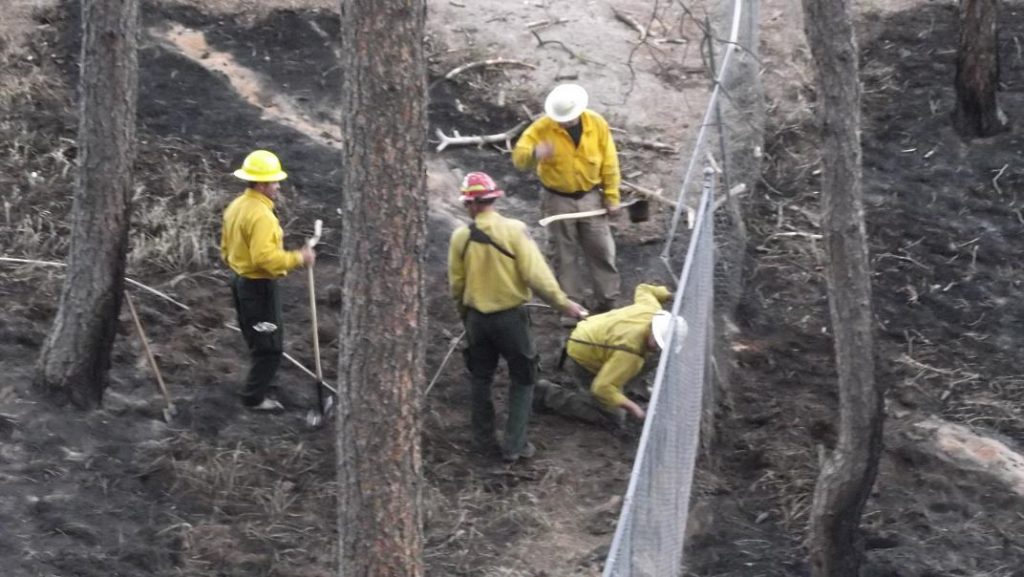 Subterranian roots reignited for weeks after the fire. Here a crew puts one out in our backyard after we had returned home. 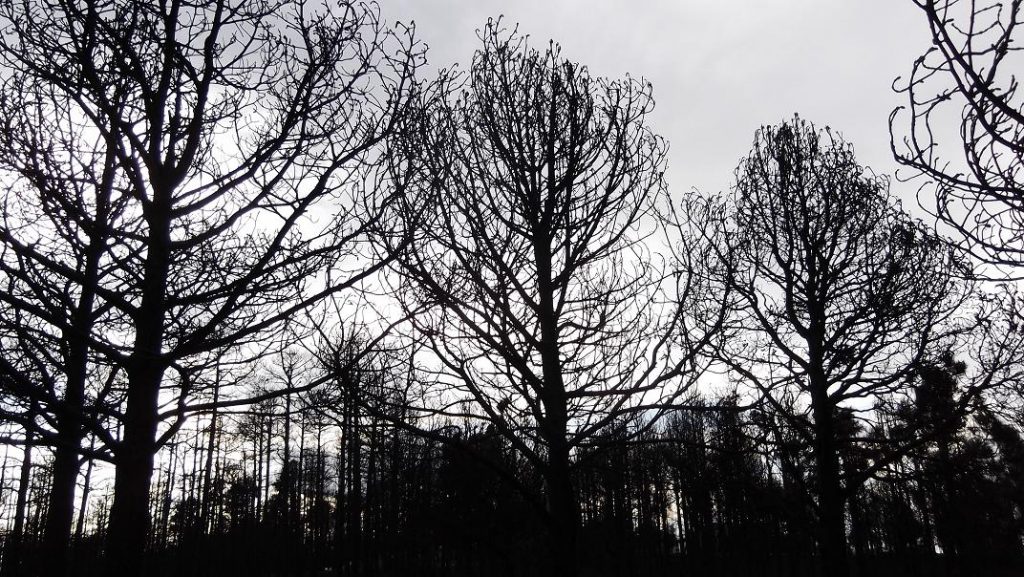 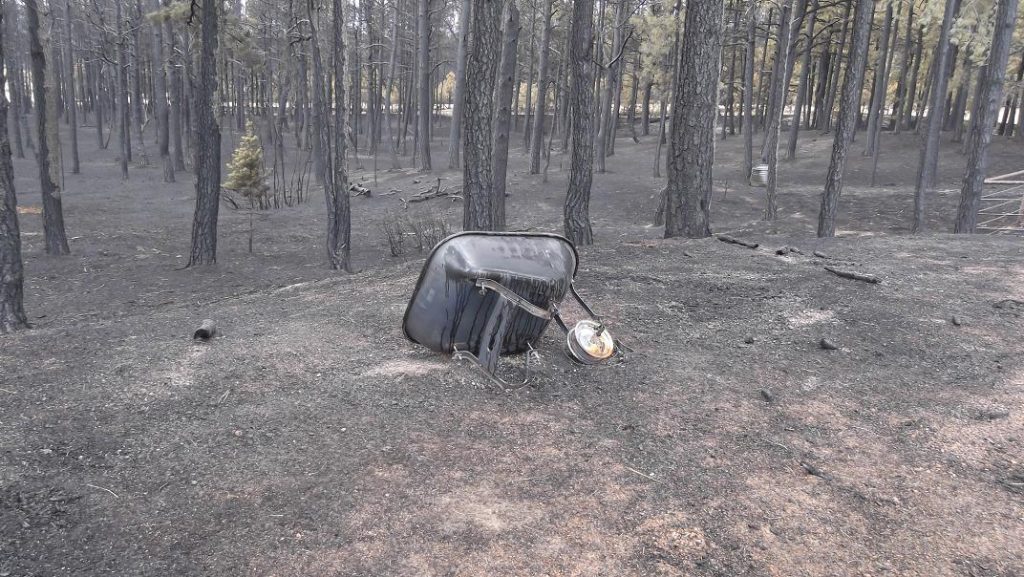 We had been removing slash from the forest just days before the fire. The remaining slash was piled around this wheel barrow. Silver lining: We didn’t have to haul away the slash and we got a new wheel barrow out of it. 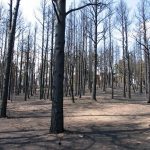 We lost 360 mature trees to the flames. 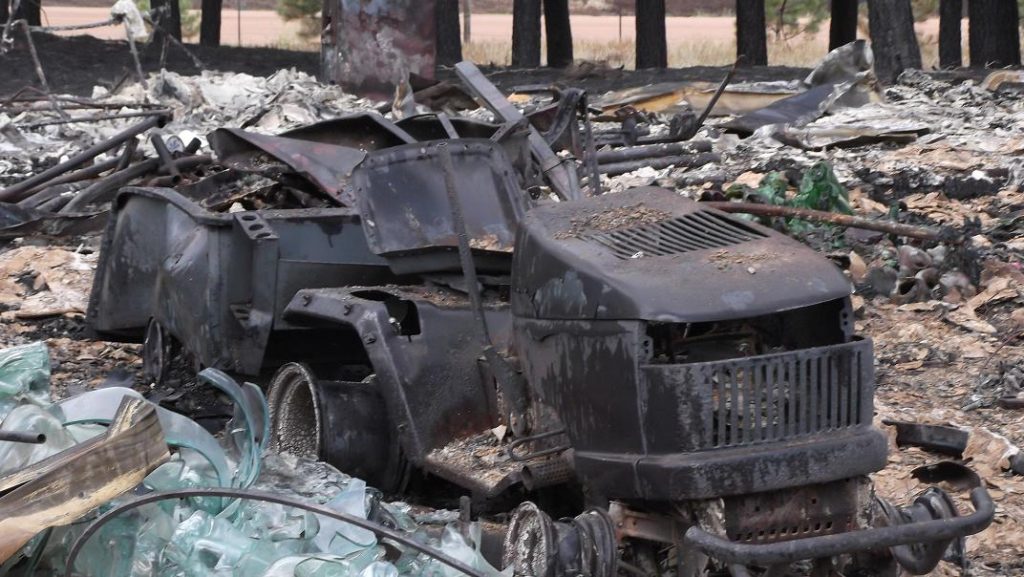 What was left of the barn… 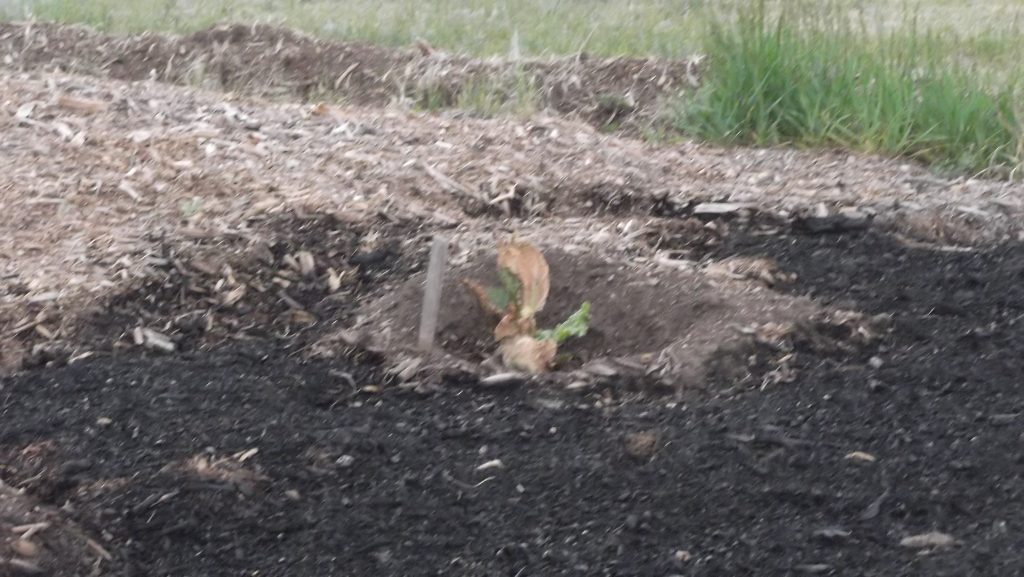 Embers ignited the mulch in one of our plots. The affected plants died. Nevertheless, we were very lucky firemen were on the scene to extinguish the mulch, several times! 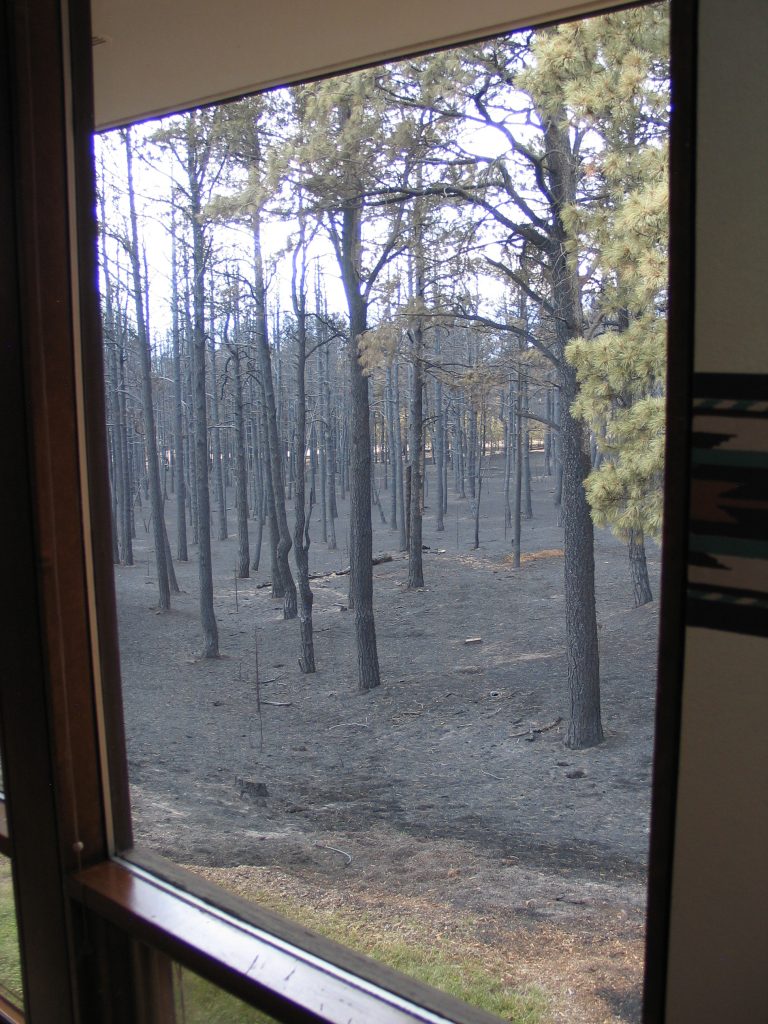 View of the burned forest from the house. The heat was intense enough to crack window panes and destroy the finish of woods near the windows. 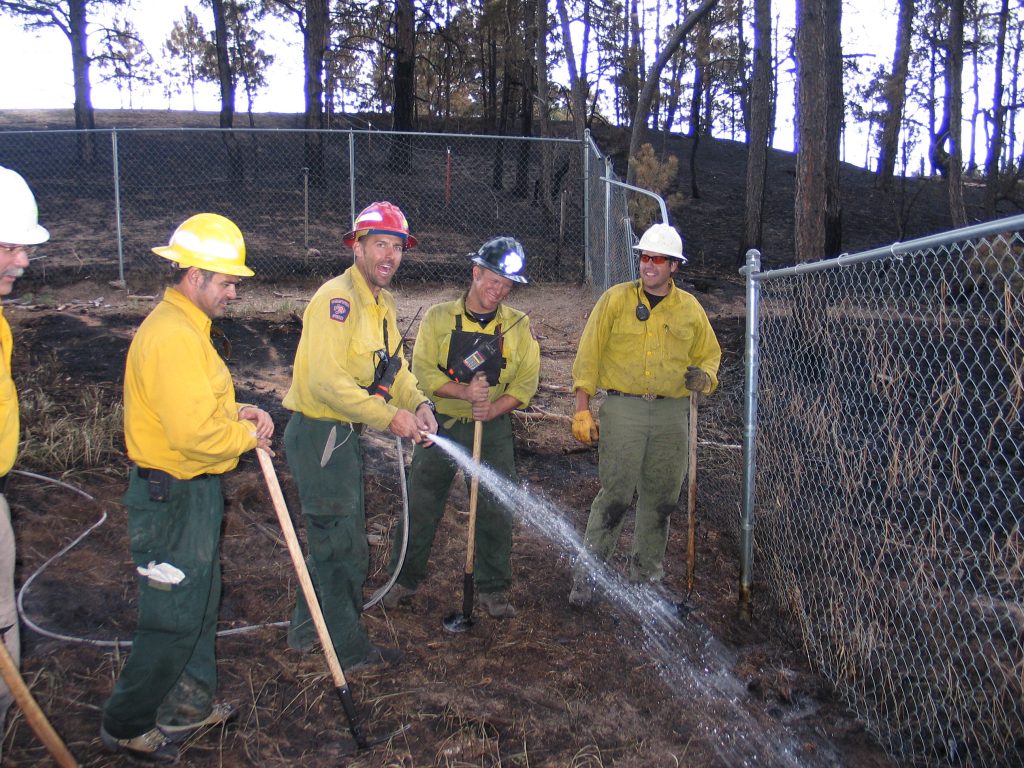 Another subterranean root ignites only to be doused. 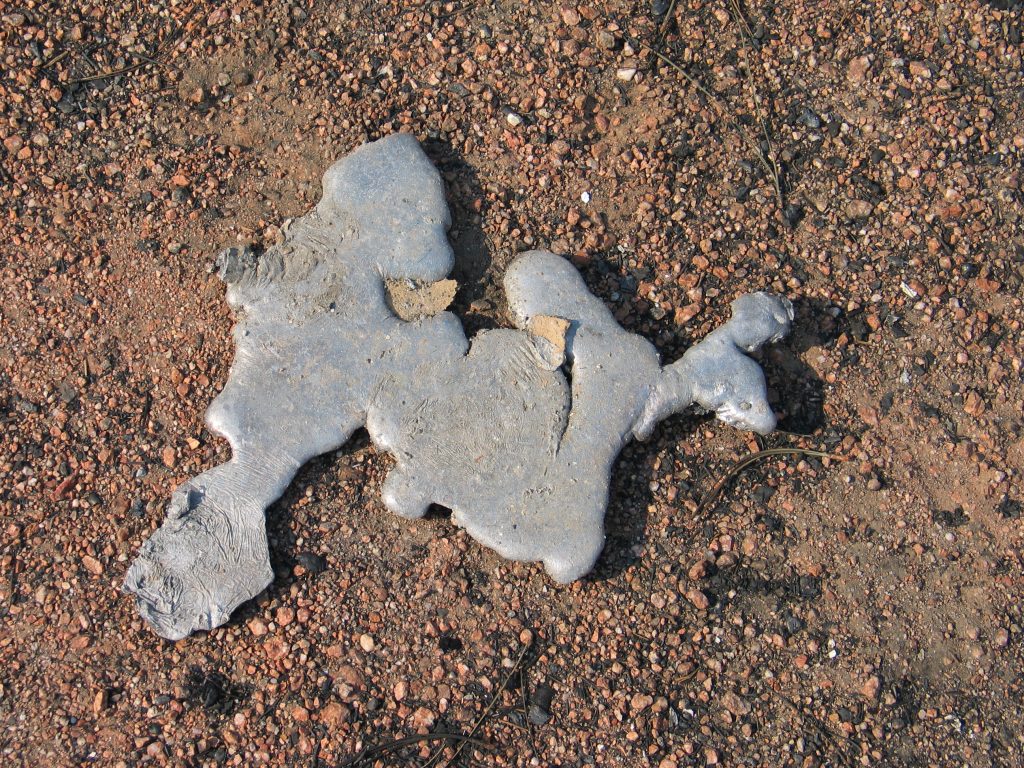